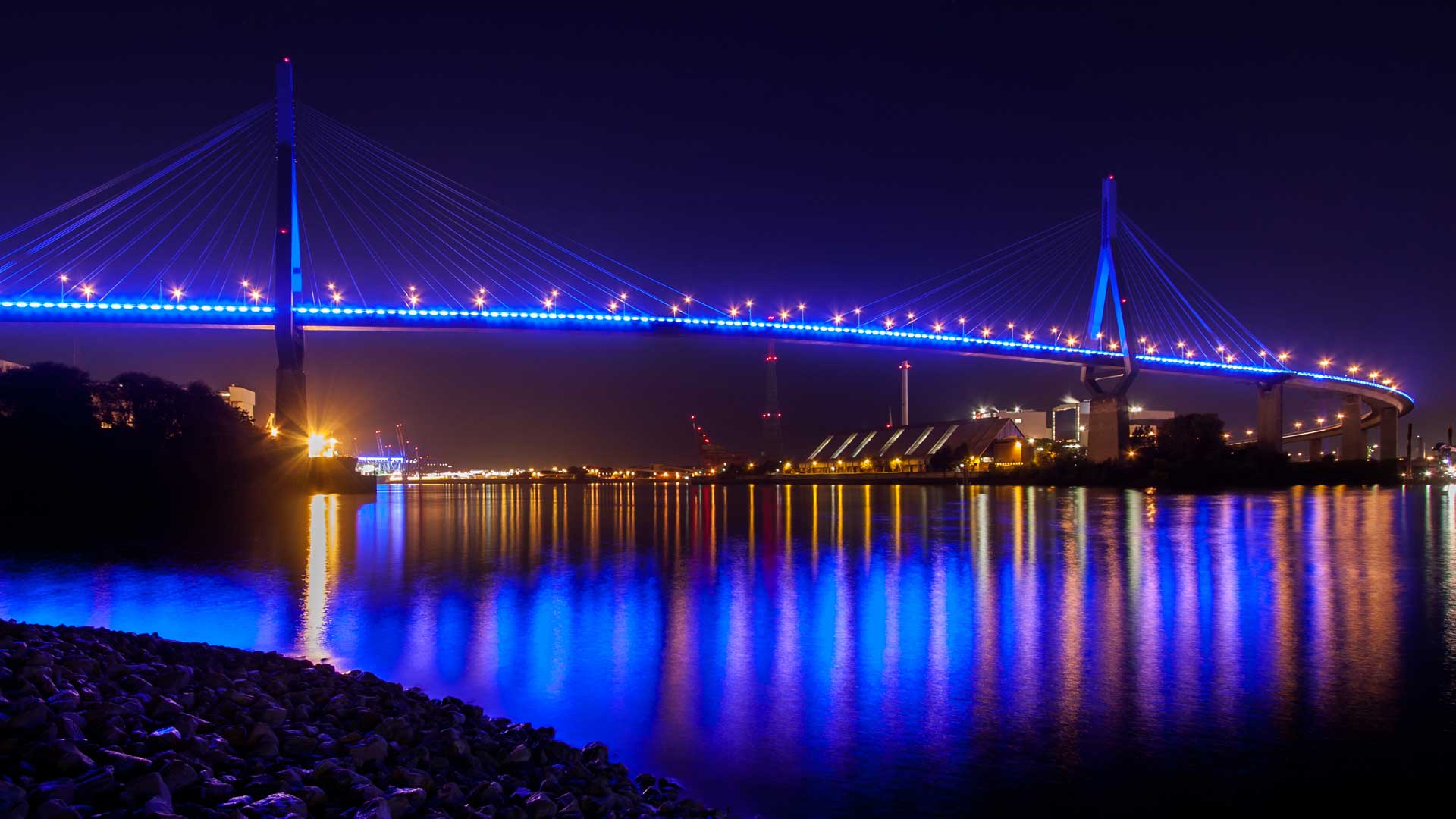 Michael Batz has written and directed numerous stage productions, has been the artistic director of festivals and is the creator of Blue Port Hamburg.

Michael Batz was born in Hannover on the 25th of August in 1951. He is a German author, stage producer and light artist. He completed his German, history and philosophy studies with two state examinations in 1967.

Together with Horst Schroth he founded the independent theater group ‘Zwischen Tür und Angel’ in Hamburg in 1970, numerous productions – among them street and children’s theater shows – were to follow.

After his time as a dramatic advisor for Kampnagel from 1990 to 1994 he became artistic director of the ‘Hafenkulturtage’ and ‘Theater in der Speicherstadt’.

Today he is best known for his light projects. Next to his illumination of Hamburg’s Speicherstadt and the harbour he has developed lighting projects in São Paulo, Salzburg, Cologne and Uelzen.

In 2003 the City of Hamburg awarded Michael Batz with the Alexander Zinn Award, in 2005 he received the LUCI International City People Light Award.

In 2006 he illuminated the Berlin Reichstag and set up blue goal posts on roof tops in Hamburg. During the Hamburg Cruise Days in 2008 he illuminated ships and buildings with approximately 2000 blue lights for the first time, for which he was elected “Hamburg’s citizen of the year” by Hamburg’s TV station ‘Hamburg 1’.

In 2010 his project ‘Blue Port’ took place again on a bigger scale and the ‘Bildzeitung’ rewarded him with the harbour medal. In 2011 Batz received the Rolf-Mares-Prize from Hamburg’s theatres.

During the 2nd Bergedorf art show on the 20th of April in 2012 Michael Batz illuminated the castle in Bergedorf. In 2012 he even involved the Elbphilharmonie, one of Hamburg’s best known and most discussed buildings, into his Blue Port project by highlighting its unfinished roofline. Batz’ latest award was the Herbert-Wehner-Medal, which he received in 2013.