The European Commission awarded Hamburg the title of “European Green Capital 2011” in Brussels, February 23, 2009. The prize is awarded by the European Commission to metropolises that serve as a role model in the field of environmental protection. The The Hanseatic city scored points with its successes to date and with ambitious goals for the future.

Hamburg, as 2011 winner, is the second city after Stockholm to bear the title of ‘European Green Capital’. The prize is the outcome of an EU competition. An independent jury judged 35 candidate cities, such as Amsterdam, Copenhagen and Oslo, according to fixed criteria. With Hamburg achieving very high approval rates in almost all categories, the city had the highest overall score of all candidate cities.

To quote the EU jury’s conclusion:
"Hamburg has shown major achievements in the past years, and at present, has also achieved excellent environmental standards across the board. The city has set very ambitious future plans which promise additional improvements." 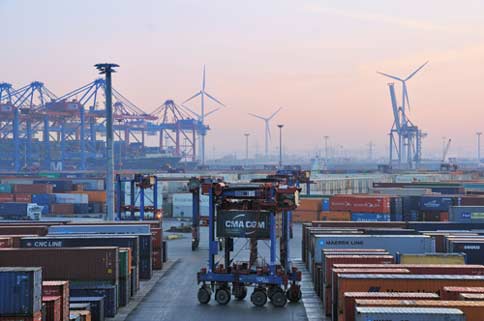 Amongst other things, the jury was impressed by the Hanseatic city's ambitious but feasible climate targets, with which Hamburg continues to contribute its share to the national climate protection targets. The city aims to reduce its CO2 emissions by 40% by 2020 compared to the year 1990. By 2050, the city wants to realise a reduction of 80%.

The same holds for the positive approval rates in short-distance public transport: in recent years, passenger numbers have been constantly rising, probably also due to excellent transport connections. Almost all Hamburg residents live within 300 metres of a bus stop or a tram station. The high share of green public areas and the great many trees along the streets also impressed the jury. At present, meadows, woods or public parks account for 17 percent of the urban surface area, while around 8% of these spaces are nature reserves.

In addition to the explanatory statement of the jury, please see detailed reviews on indivdual topics in the full evaluation of the expert panel (pdf, English, 57 pages).

The European Commission has already announced the next winners. 2012 inherits the Spanish Vitoria-Gasteiz the title. The capital of the Basque country is the second largest city in the region with 240 000 inhabitants. In 2013, the Cup then moves to Nantes, the French city on the Loire, which counts 280 000 inhabitants.

The city of Hamburg says thank you to the supporters of European Green Capital 2011.