Hamburg is a model in Europe: Despite increasing port and industrial business, the metropolis in the north of Germany is managing to cut down on more greenhouse gases than the European average. By 2020 emissions should drop to 40 percent of 1990 levels. Many of the projects that the city wants to use to achieve this goal are exemplary.

Hamburg mastered the first stages on the way to its climate target. The Hanseatic City, together with the business community, saved 720,000 metric tons of CO2 in 2010. That is more than what was needed to reach the 2012 intermediate target. The city owes this success in part to the commitment of the business community. In 2007, eleven companies voluntarily committed to lowering their energy consumption through additional investments. By mid-2010, the companies involved were able to reduce their emissions by 330,000 metric tons – 30,000 metric tons more than projected. 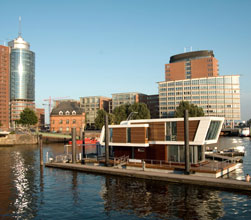 HafenCity is the largest urban development project in Europe and will expand Hamburg’s inner city by 40 percent. The special feature: The new district is being built on former port and industrial areas. So no new areas need to be built on and the existing city center is easy to reach by metrobus, bicycle or on foot. And that’s not all: The new buildings combine spectacular architecture with an innovative environmentally friendly building method that has even had its own nationwide eco-label developed.

An entire district to become carbon-neutral 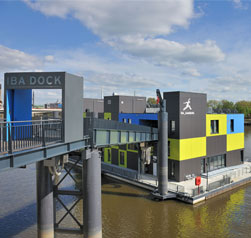 The Wilhelmsburg district will also become carbon-neutral. An internationally unique project is developing on Europe’s largest river island. The basis is part of the International Building Exhibition (IBA) Hamburg. Compared to similar projects in other cities, Hamburg uses fewer new buildings, preferring to recycle existing spaces. Existing buildings are being renovated to conserve energy. More than 55,000 residents will profit directly from the change. The district will cover its energy needs in the future above all from local sources. 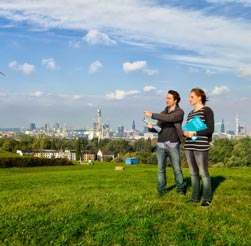 But Hamburg is not satisfied with this by any means: With the sponsorship program “Companies for Resource Protection”, the Hamburg senate supports companies in the implementation of environmental protection measures – with financial sponsorship, advice and practical assistance. Because often companies lack not just money, but information, expertise and time in particular. The Wuppertal Institute for Climate, Environment and Energy found this broad sponsorship program “exemplary in Europe”. 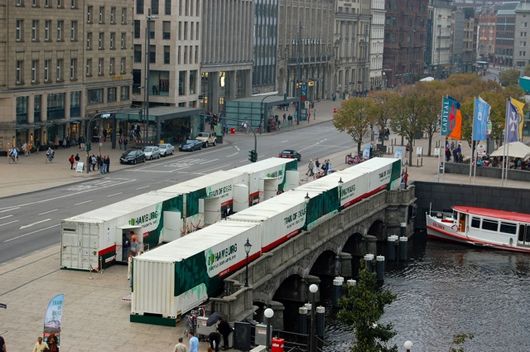 As a matter of fact we intended to close the "Train of Ideas" today once and for all - but due to its great success the exhibition gets extended for a week. When we started with our "Train of Ideas" half a year ago, we hoped for some 40,000 visitors. But yet one week before the announced closing day we welcomed our 50,000. visitor - and right now even more than 60,000 people have seen the Train! As the interest was even getting higher and higher the closer the final day came, we decided to extend the exhibition for one more week until October 26th. 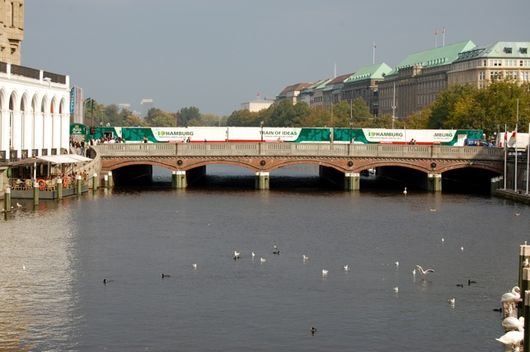 Finally the Train of Ideas is back in Hamburg and has a true home match: The people of Hamburg gave us a great welcome by bringing our exhibtion a new record attendance.

The reception couldn't have been any better: More than 6.000 visitors came in the first 5 days that we are back now in Hamburg! This is a overwhelming number and we want to say thank you to all our curious and friendly guests! Even the weather god participated and pleased us with five days of nothing but sun and summerly feeling. Many citizens  and tourists used the marvelous weather to stroll along the Alster with its lovely Jungfernstieg - and many of them used the occasion to visit the Train which is located directly on Hamburg's most beautiful promenade.

And it seems that the visitors follow Jutta Blankau's request: During the press conference on occasion of the Train's return Hamburg's Senator for Environment invited the people from Hamburg to see the exhibition and to contribute to the "City of the Future" like 7.500 Europeans already have done. On it's tour through Europe (see the Best of Video) the citizens from Copenhagen, Vienna, Paris and all the other cities built symbolically a "City of the Future" by writing or painting their ideas and wishes for a greener city. Now within the first few days in Hamburg more than 500 new toy blocks were added to that "City".

Until October 20th visitors have the opportunity to continue building - or just to see the exhibit grow and the whole Train of course.