Gothenburg – relaxation in the city center

The people of Gothenburg and Hamburg share a love for local recreation in the center of the city. The city on Sweden’s west coast offers a variety of recreational areas with forests, meadows, lakes, parks and gardens, which can largely be used free of charge. 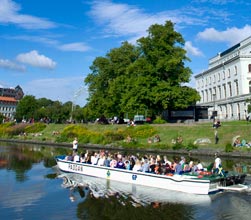 In Gothenburg, there are 175 square meters of green space per resident. The Botanical Gardens in northern Gothenburg are among the most beautiful in Europe. There are 20,000 different trees, shrubs and flowers in the 175-hectare park. These include 1,500 types of orchid. In the zoo at Slottsskogen City Park, you can see elk, foxes and other Nordic animals. Most of the city park is adorned with domestic trees, as well as a few exotic species. The park is famous for its azaleas. 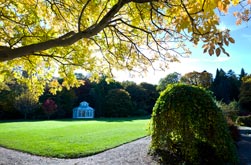 Getting energy from forestry waste

The project “Gothenburg Biofuels Gasification (GoBiGas)” has now gained Europe-wide fame. For ten years researchers have been working on developing a pilot plant that converts forestry waste into biomethane. The project is making an important contribution to the development of renewable energies in Europe. 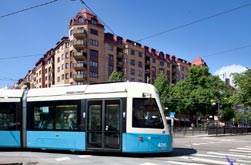 Get to work without your car

The initiative “Get to work without your carˮ also contributes to the reduction of greenhouse gas emissions. During European Mobility Week this past September, 42 Gothenburg companies encouraged their employees to come to work without their car. 100,000 people answered the call. Emissions dropped dramatically. The campaign persuaded many citizens to do without their car more frequently. 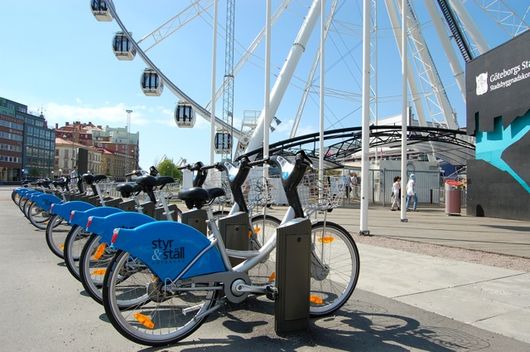 Which city is this? Parks and water everywhere, rich in culture and high-tech-companies, plus an old harbour becoming an urban neighbourhood. Hamburg? Yes. But we are talking about Gothenburg.

Arriving in Gothenburg we were very much reminded on our hometown Hamburg: Ubiquitous parks and green spaces, a mighty river and numerous canals running through the town, the sea nearby and an old harbour area in a state of flux. So we immediately felt like home!

Similarities between both cities can even be found in details: Gothenburg has almost the same public rent-a-bike-system: You register once at a terminal and than you can pick one of the hundreds so called „styr & ställ“-bikes. Like in Hamburg the first half hour is free. But anyhow - getting around is generally easy in Gothenburg. The public transport company Västtrafrik offers busses, local trains, ferrys - and other than in Hamburg: trams.

The blue tram, which exists for more than 100 years now, is kind of a landmark for Gothenburg, offering a highly efficient, popular and unbreakbale means of transport. Whereas Hamburg and Malmö, where we’ve been before, are discussing a possible comeback of their lost tram, Gothenburg just kept it all the time and even has one of Europe's best and biggest tram systems with more than 150 km track length.

Very interesting is, that Västtrafik also uses biogas and ethanol driven busses for some areas in the sourroundings of Gothenburg. They are planning to do so for their whole fleet in the future. One option is the "Gothenburg Biomass Gasification" project GoBiGas: Just recently the municipal energy supplier Göteborg Energi startet to build a demonstration plant for producing biomethane out of forestry waste. So after 2013 swedish wood will become fuel. By 2020 GoBiGas could produce fuel for 100.000 cars. This project is one of the Best Practice Examples we show in our exhibition.

But also besides GoBiGas Gothenburg - home for companies as Volvo and Ericsson - seems to be fascinated by green technology. Probably this is why visitors of our Train of Ideas were often interested in our exhibit demonstrating the next generation of energy distribution by smart grids. Others explained the latest issues of traffic planning in Gothenburg to us. Well, probably they came from the nearby Lindholmen Science Park? Situated in the transformed industrial and harbour area on the northern side of the river Göta Älv, the Science Park is a cluster for research centers, a technical university and companies in the IT and mobility sector.

Besides that Science Park, the formerly industrial dominated Älvstranden is becoming mainly an attractive housing area with plenty recreational facilities. Staffan Bolminger, project manager at the developping company Älvstranden Utveckling explained that concept to us when he visited the exhibition with a group of 80 experts.

Best known symbol for the facelift of the harbour area is the "Gothenburg Wheel", which enables great views over the whole town. Älvstranden is definetly another reminder to Hamburg and its HafenCity. So leaving Gothenburg today feels a bit like leaving our hometown again!