Per capita the people of Oslo produce slightly more than two metric tons of CO2 according to a study on the European Green City Index. Nevertheless, like the residents of Hamburg, the inhabitants of the Norwegian capital have set themselves ambitious climate goals. 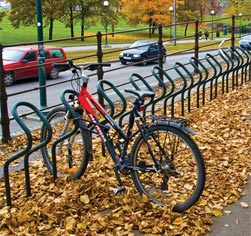 By 2030 Oslo wants to reduce its emissions to 50 percent of 1990 levels. In addition, the city is promoting the expansion of long-distance heating as well as a variety of energy-efficiency projects. Already the portion of renewable energies is 65 percent. Oslo profits from the country’s large hydroelectric power plants. The “Oslo Renewable Energy and Environment Cluster” is based on the Norwegians’ competence in this area and is used similarly to the “Cluster of Renewable Energies Hamburg” to develop wind, solar and water power in Europe. 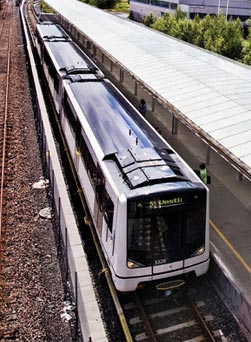 In Oslo, cars are responsible for the lion’s share of emissions, which is why the city has built an environmental zone for vehicles over 3.5 metric tons. With an exhaust standard under Euro4, they must pay a fee. The environmental program also depends on the development of local public transportation: Like Hamburg, Oslo is shifting to more energy-efficient undergrounds. Since 2006 trains over 30 years old have been gradually replaced in the Norwegian capital by new trains with electric engines. They use 30 percent less energy due to their light aluminum casing. In addition, the number of services in the underground timetable was increased. This has been a success: Passenger numbers are up. And if the trains are ever taken out of service, 95 percent of their parts can be recycled. 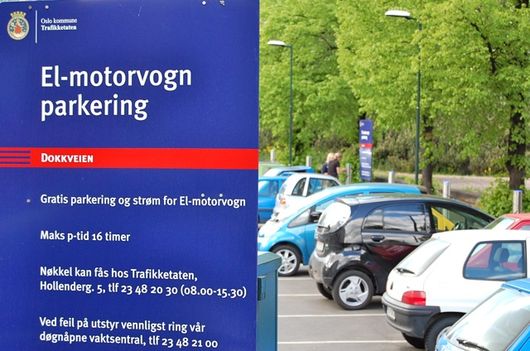 Oslo is taking great effort in promoting eco-friendly mobility. The most remarkable success is the significant role of E-Mobility and the city tolling system.

We should have known: A European Capital where the Mayor is coming to an official event by bike must be sympathically different! Last Thursday we opened up our Train of Ideas on Oslo's gorgeous Boulevard Karl Johans Gate. For the opening the city's Mayor Fabian Stang came by bike and dressed with an elegant suit and a bicicycle helmet. The German Ambassador Detlev Rünger and Hamburg's State Secretary Wolfgang Schmidt welcomed him by saying "You are a very good role model!".

So it's no wonder that Oslo is very successful in promoting eco-friendly means of transport. It has an excellent tram and metro and bus system, which nevertheless gets continously extended. Oslo also has hybrid taxis and very popular rental bikes. But doubtlessly Oslo's most impressive contribution to the debate about solutions for the typical problems of growing cities is its innovative e-mobility concept. Combined with an uncompromising city toll system it reduced air pollution, noise and congestions significantly.

Oslo was one of the first European cities to implement a city toll: since 1990 car drivers pay for entering the inner ciity. Driving in downtown costs about 3 Euro nowadays and this tolling is widely accepted within society as surveys show. So this could be a great learning for other cities - such as Hamburg.

Also parking fees in Oslo and the Norwegian tax on cars generally are very high. But Oslo isn't only using pressure on car drivers but promoting alternatives. Kjersti Helgeland from the Department of Environmental Affairs and Transport told us that 40% of the revenues from the tolling are used for the public transport - which already is in fabulous condition. As an interesting alternative e-mobilitiy is getting promoted as well: Taxes are much lower, parking is totally free, the electric cars are allowed to use the bus lanes and they can even use 200 charging stations for free. 200 more stations are getting build and just recently Oslo openend "the world's biggest free charging and parking lot" close to the city hall.

People we talked to, agreed to this carrot-and-stick-policy of their administration. Visitor Smári Johnsen said: "It's a good idea, to make it more difficult using normal cars and improve conditions for pedestrians, cyclists and public transport instead." Another visitor wrote in our computer: "Car sharing is the future. Owning your own vehicle while living in a major city is irrational." And asked why people from Oslo accept being tolled, one man answered: "Norwegians are pragmatic. When you have to pay to use the streets than you pay. The decision has been made for a reason."

Well, this really IS pragmatic! Actually we encountered this approach not only in Oslo but in all Scandinavian cities we have been to. I think we might going to miss this attitude very soon as we leave Scandinavia on Sunday. Now we are going southwards. Next stop of the Train of Ideas: Zürich, Switzerland on May 20th.