Riga’s old town is part of the world’s cultural heritage. The historical buildings as well as the system of green areas must be protected in order to remain preserved for future generations. 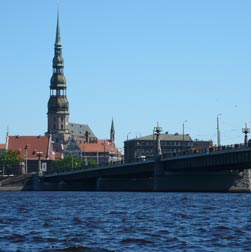 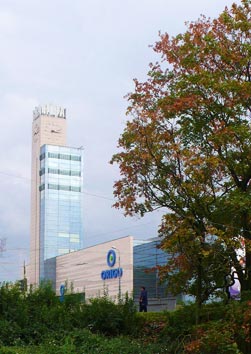 In the new EU member countries, some effort is still required to get environmental protection up to EU standards in every hospital. The Paul Stradins Clinic serves as a good example in this regard. The Riga university hospital was the first company in Latvia to receive the EU certificate “Eco-Management and Audit Scheme (EMAS)”. Improvements have been seen particularly in the area of waste/recycling: Glass, paper and plastic are now collected separately and polluting garbage is disposed of as hazardous waste. The new emergency room is equipped with energy-saving lighting. Inspiration for further steps on the path to a green hospital is offered by the Hamburg Eppendorf University Hospital. It ranks among the most modern facilities in Europe and is a trailblazer in areas like efficient IT and low-waste catering. 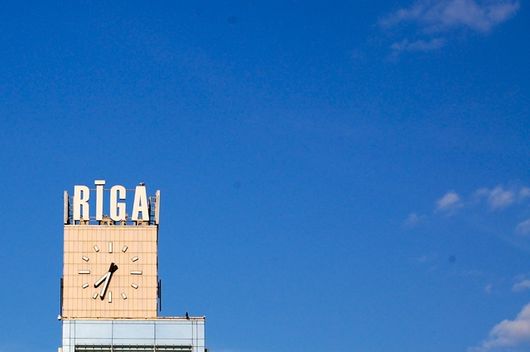 Riga wants to know it

Very green, very attractive and a big river running through its center: Riga made us feel like home immediately - but confronted us also with some it's challenges.

Today we are going to leave Riga. After 4 days we can say: Latvia's capital is definitely worth a visit! The city has undergone a remarkable change in recent years. Many historic buildings in the Old Town of Riga (a former Hanseatic city) have been renovated or even reconstructed from scratch. So the Old Town has become a real attraction and appears as a true gem within European's historic cities. Also outside the centre Riga has done a lot to succesfully remove its Soviet past.

But of course the city and the whole country is still in a state of change and catching up on some European standards. I realized that at my arrival in Riga: In my (excellent) hotel room I found a very polite note saying that due to a general improvement of Riga's water supply and water management there wouldn't be any fresh water during the night. So this was not a big deal. But as Larisa Abelite from the city's Housing and Environment Department explained us, the retrofitting of the old sewerage and drainage system is one of Riga's biggest challenges right now. Another one is air pollution from the increasing car traffic and the harbour outside town.

This is why Riga is promoting bycicle traffic and the public transport system. At least within the city centre you can see the green fleet of rental bikes. And the quite impressive grid of tram and trolleybuses is connecting most of the outskirts, too. From the central station where we are located now, the slow international and the even slower local trains are parting - many of them still running with Diesel and producing breath taking black clouds of soot. So it's no wonder that many of our Latvian visitor's asked: "How much time did you need to come from Hamburg?". When we explained that the "Train" was now coming from its latest stop in Warsaw, they knew the answer: "So it's about 26 hours, right?". Yes, it's true.

Until now the three Baltic countries Lithuania, Latvia and Estonia have the Soviet track system which is wider than the European standard. Therefore all trains (not only the "Train of Ideas") have to change tracks at the Polish-Lithuanian border. That takes quite a while. Therefore many people in Riga are hoping for the "Rail Baltica" project, a fast train on new tracks connecting Riga (and also Tallinn and Kaunas) with Warsaw and Berlin. Officially works should be completed 2015, but people we talked to, do not believe in it.

When asked whether people in Latvia were interested in issues as traffic, city planning and sustainable development we got some very interesting answers. One student, 21-year old Igor Korodinsky said: "The younger generation yes. The old people who were brought up in Soviet time learned that nature is the enemy of revolution. Therefore they don't think in terms as environmental protection." And 25 year old artist Liga Rudava said: "I'm living in England now. That changes perspectives. People in Latvia often have other concerns than sustainibility. They are trying to get along somehow as Latvia is still a poor country."

Maybe this is an explanation why we had notably less visitors in Warsaw and Riga than - let's say - in Zurich and Oslo (although the interest among media in Riga and Warsaw was very big). But it explains maybe also why those who came were often young, well educated and really unbelievable interested. Some of them stayed for 3 hours, watched every single movie, tried every exhibit, asked many questions - and came back the next day with their friends. So the younger people obviously want to know! We are very impressed by their comittment, curiosity and interest and would like to say thank you for sharing so much of your time with us!