The fact that each year Europe selects a Green Capital is the result of the commitment of one man from Tallinn. This year Tallinn is the European Capital of Culture and is making its first steps towards greater sustainability. 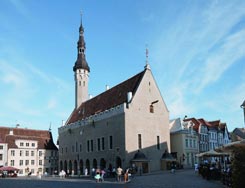 In 2006 Jüri Ratas, Tallinn’s mayor at the time, invited European colleagues to get the project started. Tallinn had applied for the title of European Capital of Culture shortly before, prompting Ratas to think about stimulating something similar for the environment. Now the circle is closing: As Europe’s Green Capital 2011, Hamburg is paying a visit to the Capital of Culture Tallinn with the Train of Ideas. 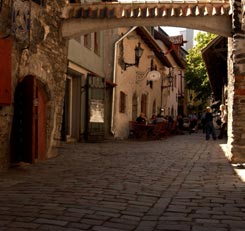 Some projects in the cultural year make the connection between culture and sustainability: Theater NO99, for example, has performances in a building erected from straw with the help of city residents. With the performance project “MIM goes sustainable”, spectators have to produce electricity themselves on exercise bikes so that the stage lighting works. And in the long-term project “Noah’s Ark of Tallinn”, artists craft hundreds of wooden animals from all over the world to allude to endangered species.

Perhaps Tallinn will also aim for the title of Green Capital at some point, but the city isn’t quite there yet: Public transportation and a bike infrastructure must be developed first. Tallinn also has a backlog in wastewater and waste treatment. By 2012 the first plant for thermal waste recycling in Estonia is to be developed near the capital. It will burn 220,000 metric tons of household and industrial waste per year. Hospital waste, the disposal of which has presented problems, is also to be burned there. 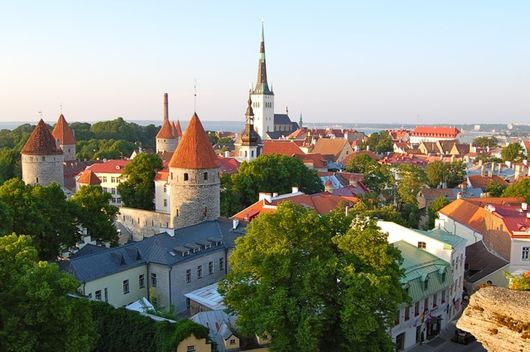 Summit of the european capitals in Tallinn

Tallinn is European Capital of Culture 2011 and now welcomes the European Green Capital 2011 - Hamburg. Within its very varied program Tallinn presents our exhibition and shows how cultural and ecological issues can benefit each other.

Walking through the unique Old Town of Tallinn with its narrow alleys, fortification walls and castle gates is like walking through a European museum of architecture. And doing so this year even intensifies the cultural spirit as Tallinn offers hundreds of outdoor and indoor events. Also outside the well kept medevial part of town there are concerts, screenings, performances, openings, architectural installations like a "Straw Theatre" and many more.

Last Sunday we had the chance to open our exhibition "Vision for the Future Cities" just beneath the historic city walls right on the beginning of the newly established "Cultural Kilometer" - an old track for cargo trains. So this former track is the perfect spot for our "Train of Ideas", especially because the "Cultural Kilometer" is now a walking and cycling path linking some of the newest venues on Tallinn's postindustrial waterfront. So just next to our exhbition containers is the Contemporary Art Museum of Estonia EKKM (Eesti Kaasaegse Kunsti Muuseum) in an old boiler house. A few footsteps further the "Cultural Kilometer" leads to an old harbour, now temporarily used for the floating subcultural event location "Ökosaar" (= Eco Island). So the path helps to open Tallin to the sea by cultural interventions.

Actually this one of the major issues here in general: how culture, ecology and urban planning can benefit from another as Jüri Ratas said when opening our exhibition. Today's Vice President of the Estonian Parliament used to be the Mayor of Tallinn and it was him to "invent" the title "European Green Capital". He explained how he came up with the idea when Tallinn was applying for the title as "European Capital of Culture". "We need the same awareness for environmental matters as we already have for culture", he said.

So when Mr. Ratas saw our rental-bike-exhibit in the Hamburg section of the exhibition he immediatetly said "This is something we could need in Tallinn as well! Cycling is becoming more and more popular in our town. But in the inner city it is still too difficult to cycle safely."

Another topic in Tallinn is the quality of green spaces. Especially outside the well kept parks green spaces are often not maintained at all. This is why during this year's "Capital of Culture" program there are also initiatives for community gardens in housing areas like in the quarter Uus Maailm (= New World) or at Katlaaed just nearby the Cultural Kilometer. The initiatives bring neighbours together to lay out a shared garden in the green space between their blocks of houses. So people cultivate and harvest corporately and enter into conversation as they now have something in common. "It's not about the crops", one neigbour in Uus Maailm says, "it's about socialising." So shared gardens as a part of Tallinn's 2011 cultural program is both: a social and interactive "sculpture" and a environmental campaign.