Vienna – a city that shops ecologically

The Viennese city administration buys all goods and services according to ecological criteria. In addition it promotes sustainable business in companies and the creation of green oases in the city. 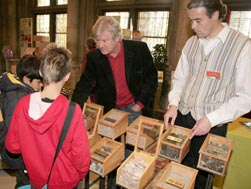 Whether through the purchase of office furniture or the awarding of a construction contract – the city of Vienna gives five billion euros of its annual budget exclusively to companies that offer sustainable products and services. The project “ÖkoKauf Wien” launched in 1998 is unique because only in the Austrian capital are ecological catalogs of criteria obligatory for awarding public contracts. The Viennese private sector is increasingly orienting itself to the city’s criteria.

Vienna also supports sustainable development with the “ÖkoBusinessPlan” program. A suitable module with advice and implementation assistance is offered for every size of company and every industry. The project shows that economics and ecology are not mutually exclusive, but complement one another: So far 740 companies have been able to lower their costs by a total of 55.7 million euros. Hamburg is implementing a similar model: With “Unternehmen für Ressourcenschutz” (“Companies for Resource Protection”) the Hanseatic City is offering companies financial, advisory and practical support on the path to ecological business. 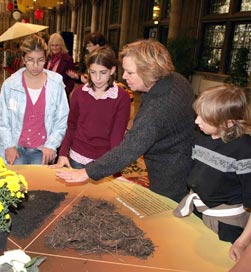 In another project the Viennese are encouraged to create green oases in the city. Anyone who wants to green up their patio or plant a roof garden can apply for the designation “Naturnahe Grünoase in Wien” (“Green Oasis in Vienna”). This way, more space is created for nature in the city. The larger nature areas can also be certain of the city’s attention: The “Netzwerk Natur” (“Network Nature”) program protects rare animal and plant species as well as natural living spaces throughout the city, half of which is grassland. Hamburg is pursuing the same targets: There the goal is to maintain the 31 protected areas of the city with their variety of species. 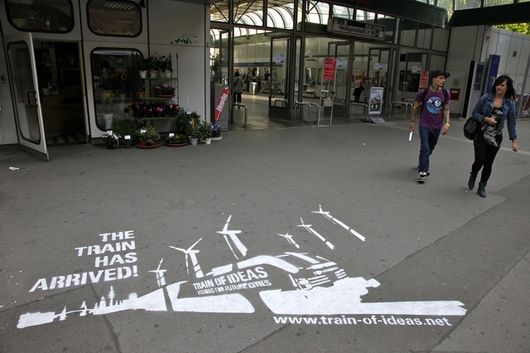 After three East European capitals the Train of Ideas arrived at the turntable between east and west: Vienna. High traffic volume and air pollution are two effects resulting from this function as a hub. But Vienna is also playing a central role in establishing energy saving housing.

Warsaw, Riga and Tallinn have been the last three stops of our Train before it arrived in Vienna. And as I wrote in one of my latest blogs, we realize many similarities between European cities and societies as well as we realize some differences. One challenge all cities have to cope with is the increasing traffic. So whether it is Hamburg, Oslo, Zürich, Warsaw or Vienna - all these cities try promote environmental friendly means of transport. And when we tried to compare the situation for cyclists in Hamburg with the situation in Copenhagen, Malmö or Zurich we thought, Hamburg could do much more for bicycles. But if you compare it to Warsaw, Riga and Tallinn, Hamburg isn't doing bad at all.

Same in Vienna: Austria's most renowned newspaper "Der Standard" wrote: "In Hamburg bicycles have a share of 12 percent within the traffic - a number Vienna only can dream of. And Hamburg even wants to increase this share up to 18 percent." So it's always a matter of perspective.

When it comes to another topic Vienna does not only dream about Hamburg's standards but actively takes over some ideas: Since five years Vienna is also promoting a campaign for cleaning up public spaces: "Vienna cleans up" (= "Wien räumt auf") follows exactly the role model of Hamburg's campaign "Hamburg räumt auf", when ten thousands of citizens come together to collect garbage from green spaces, playgrounds and parks. "Well, we steal good ideas without any mercy!", Vienna's City Council for Environment Ulli Sima commented with a wink when she opened our exhibition in the railwaystation of Vienna-Heiligenstadt.

But of course there are many things Hamburg and other European cities can (and should) "steal" from Vienna as Mrs. Sima pointed out. For example Vienna takes some pride in its "Eco Purchase" project ("ÖkoKauf Wien"): The city with its administration, its public institutions as schools, kindergardens, hospitals and so on is buying only eco friendly products and services - from food for the cafeterieas to green technology for public buildings. By doing so Vienna is saving 30.000 tons of CO2 a year - and is sensitizing its citizens and companies within the private sector to follow the good example.

Green tech and green building is another strong point of the Austrian capital. "In Vienna's 3. District (= Bezirk) Europe's biggest settlement of passive houses, called Eurogate, is under construction", architect Albert Wimmer explained. Mr. Wimmer designed the Masterplan for this ambitious project that strengthens Vienna's leading role within this type of housing: More than 1.800 apartments get built on the site of a former railway station.

The city of Vienna is supporting this innovative dwelling project financially for creating affordable apartments that also benefits the climate: Every flat built in this eco friendly way saves - compared to a standard flat - a lot of energy (costs) and 500 kilogram green house gases a year. Albert Wimmer calls this big project "a quantum leap that is observed in all Europe!".