In Barcelona, CO2 emissions are below four metric tons per inhabitant. Thus the Spanish metropolis ranks among the European cities with the lowest emissions. Barcelona would like to lower its energy consumption further and expand the proportion of renewable energies. 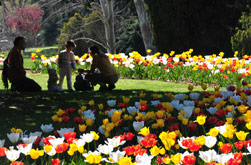 Barcelona is a pioneer when it comes to promoting renewable energies. In 2000 the city was the first in Europe to issue a regulation that requires the owners of new or renovated buildings to heat at least 60 percent of the warm water needed with solar energy. The area of solar panels has risen constantly since then. 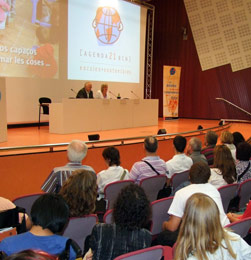 Undergrounds are automated and more frequent

There is also plenty going on in local public transport in the Catalan city. Barcelona is the only city in Spain whose underground network is partly automated. 43 percent of the network is to be changed over in the long term. With a route distance of 48 km, the new L9/L10 line will be the longest automatic underground line in the world after its completion. Automated undergrounds increase security and lead to the trains being able to drive at distances of less than two minutes during rush hours, thereby transporting more passengers.

While in Hamburg the world’s largest hybrid bus fleet is already on the road, the bus fleet in Barcelona is also being modernized. Hybrid vehicles that drive with a combination of electrical and diesel engine don’t just lower emissions by around 30 percent, but also the noise level.

Barcelona has changed dramatically in recent years. After ages of turning it's back to the sea, Barcelona re-discovered its waterfront two decades ago. With the new beaches comes a new lifestyle - and new challenges for a city limited in space.

Last time I've been in Barcelona is more than 20 years ago, doing Interrail. Now I'm here again with another train, the Train of Ideas. It's unbelievable how much a city can change in that period! I remember being very disappointed coming to Barcelona and realizing that this big Mediterranean harbour town neither has a beach nor an easy access to the sea at all. Instead: Depots, warehouses, tracks and all kinds of plants were blocking the city from the water. 20 years later all backstreet atmosphere has left. Sandy (and surprisingly clean) beaches as far as the eye can reach, palm trees and nice waterside promenades with cafes everywhere! Marinas, shopping malls and emblematic architecture like Frank Gehry's Fish Sculpture attract citizens and tourists alike to the new waterfront.

Just nearby is Villa Olimpica a new quarter developped for the Olympic Games of 1992. So Barcelona took the chance 20 years ago to convert its old harbour and industrial zone to a fancy and very popular new area. And in the same time Barcelona also became much greener: It's green area rose generally from 458ha to 1,076ha. Thus with the new green spaces, beaches, marinas and facilities came a even higher quality of living to the already attractive and beautiful city. In this respect the Catalonian capital is kind of a textbook example for cities conditioning themselves to the international competition between locations (cities) on attention, attraction, high potentials and investments. No wonder Barcelona became one of the "hippest" western cities with an excellent image.

But of course Barcelona isn't only interesting for the so called creative class, international companies and tourists but also for its hinterland. "Barcelona has about 1,6 million inhabitants - just like Hamburg. And about 4,8 million inhabitants in the metropolitan area - just like Hamburg. And most of them commute to Barcelona to work, shop and entertain," says socio-ecologist Ramon Folch at the Green Capital Challenge. "The difference is: Hamburg is six times bigger than Barcelona. Barcelona's space is limited because of the sea and the mountains in the back." This is why car traffic in Barcelona feels so intense. Actually there are less people using their car than in Hamburg where 40 percent of all ways are done by car. In Barcelona it's only 25 percent but due to the compact settlement (50% are going by foot!) cars are focused in a much smaller area and therefore more visible, hearable and smellable.

"We have a severe problem with pollution due to car traffic", says Ramon Folch. So Barcelona tries to minimize some of the problems. One measure taken: The city invented a rental system for bicycles called "Bicing" in 2007. By that time aproximately 10.000 people in Barcelona used a bike - today it's about 200.000. So just a few years ago cyclists had a share in the modal split of 1-2 % (to be frank: I didn't see a single bike here 20 years ago...) and although there are no new numbers for today, cyclists can be seen everywhere. Another measure taken is a steady expansion of the public transport system: A tram system has been introduced and the existing metro system is getting expanded. So Barcelona has definetly done a lot - and still is. With it's ambitious Local Agenda 21 programme (Barcelona's Best Pracitce Example in our exhibition) and it's "Energy, Climate Change and Atmospheric Quality Plan" for 2011 - 2020 the city has set great frameworks.