Brussels – a city in the fast lane

Starting from 2015, all new buildings in the Belgian capital must be built in the passive house manner. And a car-sharing program for electric cars has begun to lower air pollution. 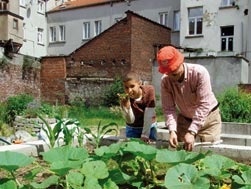 Brussels started a sustainability program back in the 1990s. Since then, neighborhood contracts have been concluded every year at four “hotspots” in the city and these locations have bee sponsored with a sum of 60 million euros.
Thus, for example, projects involving the construction of social housing, the design of public spaces and alternative energies have been developed. The program isn’t just about sustainability in the environmental sense, but also responsibility in the social and urban planning sense. Social concerns were at the forefront when the program was started: For years, those who could afford it were moving out of the city into the surrounding countryside. In the old city, it was predominantly people with few financial means that remained. Nobody worried about the state of the buildings for a long time. That has changed with the program. One of the sponsorship conditions is: Whatever is done is decided not just by politicians but also by people in the neighborhood. In the Masui inner-city district, not only were old buildings renovated, but a formerly fallow river bed was also planted with greenery. A model project: In Hamburg, as part of the International Construction Exhibition IBA in the Wilhelmsburg district, it has likewise been planned for people to take part in the design of parks as well as sustainable development. 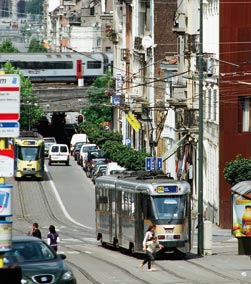 Relaxing in a rush

Brussels had to catch up on another point: Until 2007, there wasn’t one building in the city that was up to “passive house” standards. The project BATEX – batiments exemplaires (exemplary buildings) – is changing that. 117 projects with a total area of 265,000 square meters have now received support. According to current legislation, all publicly sponsored buildings must correspond to this energy efficiency benchmark. From 2015, this will hold true for all new buildings. And Brussels has something similar in mind for traffic emissions: The publicly sponsored car-sharing program with electric cars has just been launched. 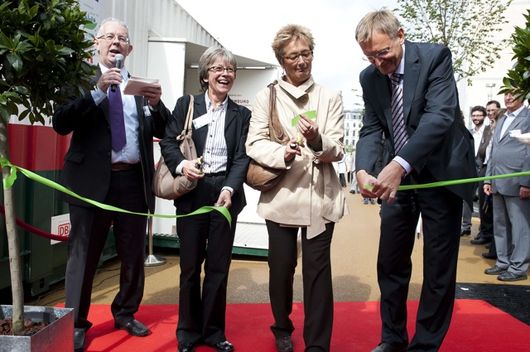 The Train of Ideas in Brussels - that's a bit like coming home as here's the seat of the European Commission which gave the title "European Green Capital 2011" to Hamburg. So how would the Commission react on our Train?

We all remembered what the EU Commissioner for Environment, Janez Potočnik, said when he opened the Train of Ideas five month ago in Hamburg: "One of the main challenges is bringing the ideas of the people" he gave us a piece of advice (and commitment) and wished us good luck for our tour through Europe. Now this tour is in its final stage and we were meeting the Commissioner again - and, being in Brussels, many other EU representants. So we reported that by now almost 35.000 Europeans visited the Train and about 8.000 of them shared their ideas with us by leaving comments, visions and wishes or drawing scetches for "their" green city. Now after seeing the Train for the second time Mr. Potočnik was convinced that "Hamburg is doing great effort in disseminating its knowledge and its ideas: The Train of Ideas is absolutely great. So I think Hamburg deserved to become European Green Capital 2011."

This feedback was very motivating! And we were very delighted that many other visitors from the EU think the same. Mercedes Bresso for instance, the President of the Committee of the Regions of the EU was so interested in many of the exhibits that her staff had to remind her several times on her next appointment. Many other delegation from the EU came as well and took a look at the best practice examples from European cities that we show in the exhibtion.

Among these best practice examples is also a project from Brussels allowing only passive houses from 2015 on. The so called "BATEX" (for Bâtiment Exemplaire), energetically optimized houses, are already standard for public buildings in Brussels now. Since 2007 117 buildings have been constructed as passive houses. And in four years this standard is becoming obligatory for all new buildings - public and private alike. As Evelyne Huytebroeck, Minister for the Environment, Energy and Urban Renovation in Brussels Region, stated when visiting the Train of Ideas: "This is one of the most ambitious projects of its kind in Europe."

Her counterpart from Hamburg, Senator Jutta Blankau, acknowledged these plans and gave an overview on Hamburg's own climate protection measures saying: "Since the 1980's, Hamburg has initiated important measures such as modern climate-friendly and area-preserving building activity, the general services in climate protection as well as the Eco-Partnership with the Hamburg economy." And Mrs. Blankau also referred to the EU Commissioner by saying: "The Train of Ideas should promote the exchange between cities and build bridges between expert knowledge and public. Because Hamburg sees itself as a cosmopolitan, dynamic and above all, as a city that still has to learn a lot in the area of environment."

An excellent opportunity to do so, is the so called "ICLEI European Convention" a 3 day conference with 300 European mayors, experts and decision makers, exchanging ideas in a network of "Local Governments for Sustainibility." The Train of Ideas was part of the participants' programme and turned out to be the perfect location for an exchange.